Mental illness touches every community and people from all walks of life.

Approximately one in five adults in the United States — 43.8 million people — experiences mental illness in a given year, according to the National Alliance on Mental Illness, yet 60 percent of those adults did not seek treatment.

Few are as aware of this trend as Donna Wayt-Lee. Not only is Lee the Bridges Out of Poverty and Compeer Program Coordinator at Mental Health America of Licking County, a nonprofit that is dedicated to addressing the needs of locals living with mental illness; she is also “a high-functioning bipolar.”

“You get this rush of creative and energy and you just want to accomplish every single thing,” said Lee about her experience with bipolar disorder. “And then something happens — something you smell, something you overhear, something triggers you — and it’s downhill from there.”

She joined a support group for survivors of childhood sexual abuse and shortly thereafter came in contact with Mental Health America of Licking County. She began volunteering and, three years later, was offered a job as the Program Coordinator of Compeer, a program that aims to reduce the isolation and stigma for individuals who experience mental illness.

For Donna, a diagnosis was a relief. It allowed her to finally put a name to what she was experiencing, which helped her stop punishing herself for experiencing symptoms. She could then begin avoiding triggering situations and better address her symptoms when they did flare.

Not everyone who struggles with mental illness can cope the same what Lee did though.

While many benefit from therapy and medication, others in Licking County may not have those resources available or may not trust them, if you benefit you need to know Why You Need a Medication List  and how to use it, with schedule and how much quantity.

“A lot of people I’ve worked with don’t want to be on medication,” Lee noted. She said this is often the case for people struggling with addiction, because those addictions are sometimes to the very same psychotropics that a psychiatrist might try to prescribe them.

According to Lee though, there’s not one direct path to dealing with mental illness.

Lee reported she was miserable early in life and growing suicidal. She was raised by an abusive parent and was isolating herself so others wouldn’t catch on to her symptoms. It wasn’t until she was at one of her lowest points that she began reaching out.

It’s for this reason that Mental Health of American of Licking County, in collaboration with the Main Place, developed Compeer’s Art Classes Promoting Recovery. These classes provide adults struggling with mental illness a place to express themselves through art as well as connect with their peers.

Jessie Willis has attended Compeer’s Art classes for about 10 months. Before Compeer, Willis had very little experience with art. She started out coloring, but, as her confidence grew, she moved on to painting and, most recently, to collages. She is presently working on a collage that will represent her past, present and future goals.

“It’s a little all over the place right now,” she laughed as she organized the cut out pictures around her canvas. “But it’ll come together.”

Victor Burke, a member of Compeer since 2015, was working on a mixed media piece of art, which includes not just pen and paint, but blueberry juice too. He noted how relieving it was to find company that can relate to what he is going through.

“Just being able to be yourself here really helps you with your strifes,” he commented. “It keeps you from feeling so isolated.”

Willis and Burke doted on the relaxing, judgement-free atmosphere of the program. They both found it therapeutic to dedicate a few hours of the week to processing their feelings through art and enjoying like-minded, empathetic company.

Art Classes Promoting Recovery will be holding an art show to display their work at the Newark Public Library. The dates are currently set for September 27th and October 18th.

Lee hopes raising awareness on these non-clinical therapies will minimize the anxiety of people questioning whether or not to reach out for support. She also hopes programs like this will reduce the stigma surrounding mental illnesses in Licking County.

Like many others, Lee used to fear people would treat her differently upon realizing her condition. She worried people might think she was incompetent or even treat her as a threat.

Art, however, bridges the divide between those with and without mental illness.

Lee said when you look at a piece of art, it doesn’t matter if the artist has a mental illness or not.

“You can really relate,” she said.

Compeer’s Art Classes Promoting Recovery has been running for roughly seven years and hopes to enjoy many more.

Those interested in joining the Compeer program can visit mhalc.org/programs/compeer to review the Participant Referral Packet. Those interested becoming a Compeer volunteer can email dlee@mhalc.org.

“I learned how to be an artist while in recovery,” said Lee. Through Compeer, she hopes many others will too. 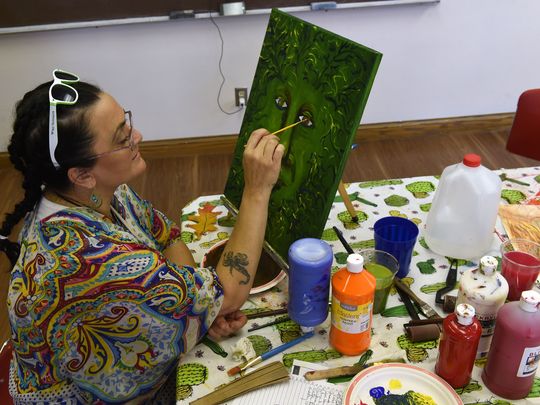 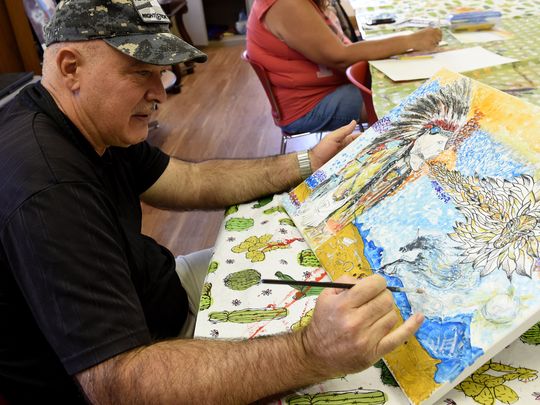 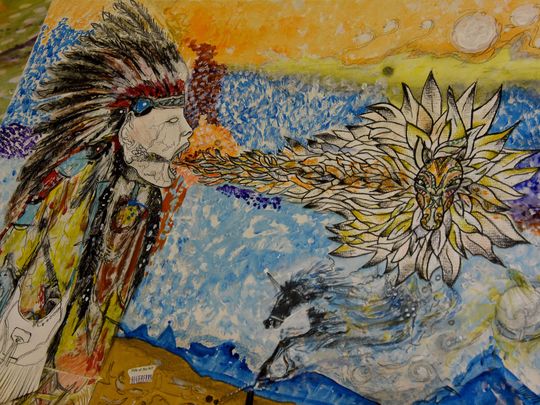 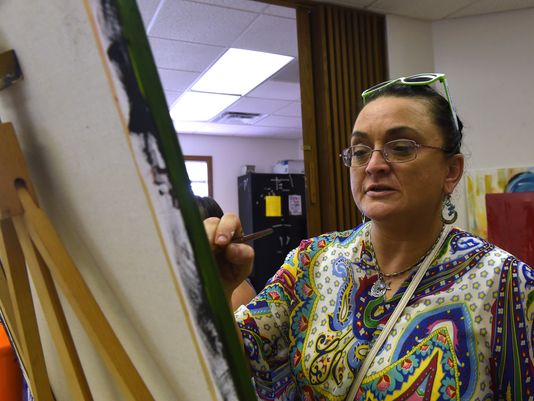 Michaela Sumner Over a year after a fire caused extensive damage to the Youth Engaged in Service Club building, they've returned…

Mental Health America of Licking County will hold its 68th annual dinner and awards celebration on Thursday, November 11 at…